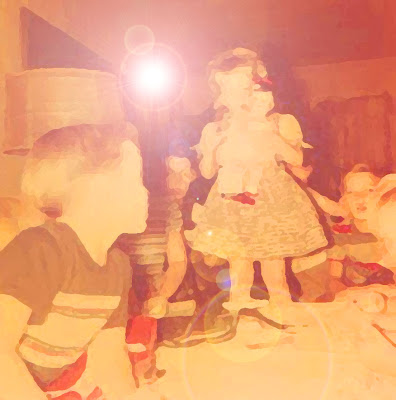 .
Years ago, I founded (along with others) and edited a small literary magazine; suddenly, I had a lot of friends, that is, until I started rejecting some of their work--many friends drifted away, some of them in a huff.
.
Space was limited, and costs were high, so I had to pass on some very good work, some of it by friends. Of course, online mags don't have this problem, but in the print days, getting 1,000 copies printed cost over $3,000.00, so we weren't publishing fat volumes. And I wanted to select the best of the best. We published a few "names," writers who later became what I consider mid-list names, and unknowns.
.
We didn't go into the publishing business to fail, but fail we did: we lasted three issues. The cost was just too high, the workload onerous, the profit non-existent, and the hassle of of trying to explain to once-friends why we rejected their work and published another friend's or a stranger's work instead too wearing.
.
I made the commitment to publish what I thought was the best work, not to create a publishing platform for my friends. However, friends sometimes have other ideas.
.
But I can tell you this with 100% certainty: friends of the editor do have an advantage over strangers. Because a person is your friend, you are likely to take another look at his or her work or even pass it on to a second reader, even if you are fairly certain that you want to reject it.
.
Also, sometimes we may like a story or poem more than might be warranted because we know the history behind the work; after all, we may have sat through a writing workshop, where our friend revealed how, in real life, her hamster was cooked in the microwave by her psycho younger brother who later became a mass murderer. That kind of detailed background is going to affect the lens through which we view that friend's story or poem.
.
Publishing friends' work is okay if no money is involved (for example, submission fees); if I own a magazine and do not accept outside funding, then I should be able to publish anyone I want: friend, stranger, or even foe. When money is involved, publishing friends is a problem, if only of perception, which is why sites like have Foetry sprung up. But I'm not going to harp on that here. I just want to show the difference between selecting a friend's work in a magazine that one owns and edits and awarding a prize to friend in a fee-based contest.
.
I still think that selecting the top work serves a publication best, but I can also understand how an owner/editor might slip on the slippery slope and publish mediocre work by a friend. Had I done so those many years ago, I might still be in contact with some of those former friends. But then they weren't really friends, were they?
.
Which brings me to my third topic: I'm thinking of starting an online magazine called Writer! Writer! I own the domain WriterWriter.com (currently on a parking page). Possible focus: creative works about writing, creative and otherwise. I'm still in the thinking stage, however, and I have a lot of loose ends to tie up before embarking on another project.
.
I will say this: if I do embark on this venture, I will probably end up publishing the work of friends, especially at the beginning, but not at the exclusion of other fine work. So if you don't "know" me, you will be assured that I'll read your work with an open mind. In the end, I'll select work I like, no matter who you are.
.
And I will not be conducting any writing contests at all.
.
Best,
.
Jennifer
Posted by Bugzita at 12:45 PM