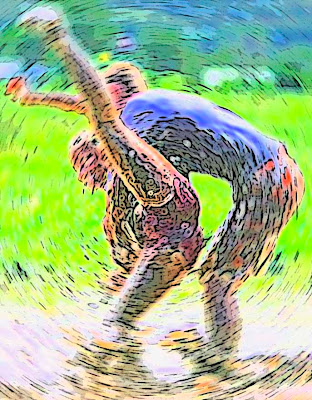 Hillary Clinton has pulled off a significant victory on "Junior Tuesday," coming back from the brink and keeping her candidacy viable; once again, she has surprised political pundits and naysayers by rising from the ashes, albeit still hobbling slightly behind Barack Obama.

I'm no political guru, but I do live in Pennsylvania, and already the buzz is reaching a fevered pitch.

Hillary or Barack? Who knows?

All I can say: this is the most exciting election year since 1960 when a young upstart named John F. Kennedy turned conventional wisdom on its ear and became the first President born in the 20th Century. (Back then, being young was viewed as an impediment; being young meant listening to your elders and not questioning the establishment. How attitudes changed in a few short years, starting with JFK's bold political campaign against Richard Nixon, a seasoned and well-connected politician.)

Could Barack Obama pull off one the most major wins of the 21st Century, becoming the first African-American President?

What an exciting possibility!

I must admit: right now, I'm leaning toward Hillary, but I would also be happy with Barack.

In any case, should Hillary Clinton win the presidency, we have not heard the last of Barack Obama; he has a bright political future ahead, barring any unforeseen circumstances.

Best of all: No More Bush.

For the next few weeks, Pennsylvania is likely to be swarmed with national media, candidates and their supporters, rallies, and incessant buzz. Once seen as irrelevant in this election year, Pennsylvania may actually emerge as "the decider state." It's too soon to tell for sure; a lot can happen in five weeks.

One thing for sure: Pennsylvania is likely to be a bloody political ground, with lots of negative campaigning and ads.

If the opponents can make it through the political bloodbath without suffering fatal injury (metaphorically speaking), Pennsylvania may also have a hand in finalizing the Democratic ticket: Clinton-Obama or Obama-Clinton.

IMHO, either configuration would equal victory in November.

That alone would be cause for celebration.

Jennifer
Posted by Jennifer at 7:15 AM