Future of Post Foetry? (Or Does Your Mother Wear Army Boots?) 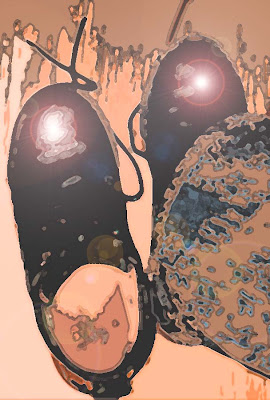 Right now, I'm busy getting Poets.net off the ground, so I'm neglecting my other blogs, including this one. I doubt very much if I'll abandon this blog; I just feel too connected to it and the name, which was the brainchild of Christopher Woodman, who, yes, posts as ACommoner on poets.org.

During the summer of 2008, I'm going to develop (with professional help) Poets.net into a forum format with the current Poets.net blog as a subdomain. I haven't figured out what forum template I plan to use. It needs to be fairly uncomplicated to manage.

I see Post Foetry emerging as a personal blog, which, in many ways, it already is. This blog never did find a definitive voice, which seemed to reflect my mood at any given time. Lousy mood, cranky post. Euphoric mood, soaring post.

Poets.net exudes an angry voice, at least for now. I bought the domain in a moment of red-hot anger, but I have no regrets. Money comes and goes--integrity, I hope, hangs around.

My eventual goal for Poets.net: to develop a place for the silenced poet and writer. The outsider. The naive. The non-connected/non-MFA'er. Even the less accomplished poet who still believes that poetry [dot] com is a valid credit. Criticize the company that deceives these aspiring poets, never the poet.

A place for poets and writers at all stages of their careers.

If someone wants to bitch about the literary establishment and his/her suspicions about the state of the po-biz, then so be it. Bitch away--it's your right, one that I'll freely grant.

Silencing comes in many guises, outright censoring being the most egregious.

But there are other kinds of silencing, for example, the kind that comes wrapped up in "policy." You see, how one interprets policy is strictly in the eye of the beholder. In the past two weeks, I have seen poets and writers being scolded and "pruned" for the silliest interpretations of "libel" (some people don't understand that libel does not exist when Truth is involved, as is the case with Tupelo, Jorie Graham, and Iowa) and the following:

To be honest, I saw nothing in the "pruned" posts that fell under those categories. Some might say that "foetry" was insulting others, but I see egregious insults as out and out name calling, such as, "Your mother is a boot-wearing prostitute who turns tricks at Yankee Stadium" or the "Fatty, fatty, two-by-four, couldn't fit through the bathroom door" ditty that was hailed at me when I was a kid.

I didn't see any of that on poets.org--just a lively, sometimes heated debate about censorship. I wasn't even insulted when my spelling was corrected in a somewhat snarky manner. So what. Big deal. Your mother wears army boots, so there.

"While we value freedom of expression, we also value the comfort and sanctity of this space for everyone. We expect that certain topics may lead to contention and debate, and will not prevent users from expressing their opinions, as long as they can be articulated and debated in a rational, calm, and informed manner." (poets.org sticky)

What I saw in those excised threads was a lively discussion among writers with differing viewpoints. It was also the most active thread in an otherwise quiet forum. ACommoner wanted to discuss his banishment from the P&W Speakeasy forum, which, in my opinion, is a valid topic to bring to a forum that serves writers. I don't see how naming names when stating facts constitutes libel or offends anyone. It seems to me that sweeping inequities under the rug is much more offensive than laying them out there for everyone to critique.

What I saw was a bunch of admins and mods exerting their power over the powerless, you know, the petty pencil-pushing bureaucrat who loves to make a citizen's life miserable because she can. And does. And will.

But what do I know?

I suppose I know enough to start a counterculture forum, one that emphasizes freedom of expression over politeness and personal opinion.

I really didn't *need* a fancy domain name; I suppose I could have morphed Post Foetry into a forum, but being the flawed person that I am, I was seduced by the possibility of having a short and memorable domain name.

One truism I have discovered in the blogosphere: it's difficult building traffic unless one is willing to use "black hat" methods, which I'm not willing to do, such as *buying* links and traffic, employing pop-up ads, and spamming all over the place.

I'll do it the old fashioned way: build a place people want to visit and stay so that, in turn, Google will begin to see this is a space worth ranking, so more people will drop by--maybe even go viral.

And, yes, I have incorporated Google ads; there is nothing wrong with off-setting costs with a little revenue.

I love capitalism; it's The American Way.
Posted by Jennifer at 5:12 PM