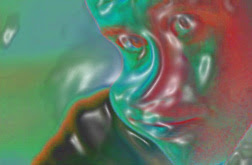 NEW YORK (Reuters) - HarperCollins announced on Wednesday it would publish a new novel by James Frey, the author who admitted fabricating key parts of his best-selling drug and alcohol memoir "A Million Little Pieces."

HarperCollins, part of Rupert Murdoch's News Corp., said it would publish Frey's "Bright Shiny Morning" in summer 2008. It gave no further details about the novel.

Only in America would a disgraced faux memoirist be given another chance. In my opinion, readers should boycott this novel--hasn't this guy made enough money off the readers who bought his "memoir" and believed in it only to discover it was all fake? Yet, the masses, like a herd of bovines, will line up for this book.

DISGUSTING!
After hoodwinking Oprah into featuring his book on her Book Club, she was absolutely right to drag him onto her show and spank his sorry posterior. I could never believe a word he wrote, even fiction.

I'm still muttering under my breath over this one.
Posted by Bugzita at 9:46 PM