Call for a Literary Agent 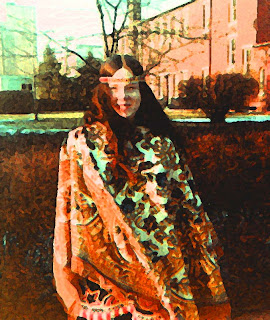 One would think that Post Foetry would be an inappropriate venue to announce my intention to seek a literary agent for a memoir that I have just completed, but then I have never approached my life in an orthodox manner.

I'm not about to start now.

It seems that I have always hung on the periphery of things, and I'm sure that my refusal to play nice with those in power has held me back in significant ways. But if I see something that bothers me, I tend to speak out, sometimes in a snarky way, but mostly in a pointed manner.

Not a good way to make connections; however, I don't want to go through life with that sick feeling in my gut that I have cultivated a friendship based solely on my wanting "something" from that person. When I offer a compliment to someone and reach out in friendship, it's genuine--otherwise, I simply don't do it.

What I'm seeking now is a professional relationship which could be mutually beneficial, not a best friend.

I have discovered that writers tend to be some of the most conservative people in the world; sure, their political leanings may point left, but when it comes to making a real difference in the world, they, in the face of controversy, tend to cower in the corner and then join other writers in lockstep, sucking up to whoever is the flavor of the moment. Also, writers in position of power tend to want the status quo to remain as it is. And why not? Why would anyone want to lose his/her power base?

The two major magazines devoted to writing and writing programs mostly turn a blind eye to contest corruption at the highest echelons. The contest model is supposed to be in place for discovering new writers, but, in my opinion, as long as the taint of cheating hangs over the biz, then one would be wise to avoid all contests that don't offer judging transparency, which, unfortunately, seems sadly lacking in most contests.

I have never been against literary contests per se; on the surface, the contest model sounds like a good idea: writers pay a small reading fee, the magazine raises some money for cost containment, and new writers have a chance to get their work read by esteemed judges, who are themselves noted writers. Unfortunately, most contest manuscripts are screened by interns and even undergraduate students, and "Famous Writer" reads only a fraction of the submissions, some of them "cherry picked" by friends and teachers.

I would not want my memoir to be screened by an undergraduate who has just submitted a story to his creative writing instructor in which the protagonist is a piece of snot in search of the Holy Grail (yes, I have read and graded such wondrous prose). Undergraduate writers are still learning craft, and, quite frankly, are not yet good judges of literature, so I'll pass on that venue, thank you.

I believe I have written a good book (a memoir), and would love to have the opportunity to prove it to a literary agent and a publisher, but I may experience an uphill battle because of my refusal to play the intricate rules of sucking up to people who would not otherwise be my friends.

I won't say too much here, but I have launched a site, which is basically an open call for a literary agent. The site includes an open letter, a summary, a book blurb, a synopsis, notes on narrative thread, research note, and excerpts from the memoir.

I will also be querying agents directly; I doubt very much if agents will be chasing after my book, contract in hand, just because they have seen my site, but it will offer a link to those elements that agents need to base their decisions on whether to represent or not represent a writer's work.

Agent or no agent, the book will be published, even if I self publish it. Many mid list books and chapbooks are self published anyway. Those so-called publishing cooperatives are simply masked self publishing presses devoted to publishing the work of the same three or four writers, so I have no hangups about self-publishing.