Off Topic: My Support Goes to Hillary Clinton 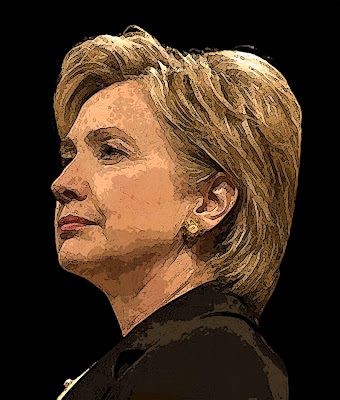 As a Pennsylvania resident, I have decided to support Hillary Clinton.

I am NOT adamantly against Barack Obama, and if he is ultimately selected as the Democratic candidate, I will support him fully and enthusiastically. I like him, but I just feel it's Hillary's time.

To back up my support, I have set up a Hillary Clinton website: PresidentHC.com.

I hope to recruit 100 blog team members (explained on the site). I am not asking for money, nor will there be any advertising on this site. This is purely a grassroots effort. If you are interested, feel free to visit this site. It's still pretty much under construction, but I plan to work on it this weekend (along with updating the war dead for February on my It's JUST War! site).

If you're supporting Obama as the Democratic candidate, that's okay. I respect your right to support whoever you wish. But if you're on the fence, check out the site, and come back often.

I am a registered Independent and have been for years.

I have decided to re-register as a Democrat; for me this is a momentous decision because I have prided myself on my lack of party affiliation, my free-wheeling political independence.

However, Pennsylvania may very well decide the Presidential Democratic primary, and, ultimately, the presidency. I would be very upset with myself if Hillary lost a delegate by one vote, so I'm doing something about it now.

If you live in Pennsylvania (or any other closed-election state that hasn't yet held its primary or caucus), please think about the difference you could make by changing your party affiliation.

I have downloaded the proper forms and printed them out; I will be filling them out TODAY.

Jennifer
Posted by Jennifer at 11:28 AM